Don't Be Evil: Whistleblower Zach Vorhies Breaks Down How Google Set out to Literally Program Our Minds

Google's beginnings start in Room 380 of the Gates building on the Stanford campus. It was there that founders Sergey Brin and Larry Page (described as 'nice guys') aimed to find relevant information, by rapidly downloading, indexing, and searching the entire Internet using low-cost personal computers. It was 1998, and they had their eyes on out-searching Altavista.

The New Yorker soon described Google as "the search engine of the digital in-crowd." And then Time Digital stated that the search engine "was to its competitors what a laser is to a blunt stick."

In just over two decades Google: became a verb, became the biggest search engine on the planet, developed tons of pervasive products, joined forces with China and adopted their communist ways, and morphed into a drug company.

Google is now a weaponized mind control tool that spreads disinformation while censoring the truth.

This may sound too horrifying to believe. Especially since their updates and changes have been audaciously sold under the guise of safety and protection, a common fallacy spread in the world of Big Industry. But even employees who arguably "aren't thinking straight" have gobbled it up, hook, line, and sinker.

"Google is undertaking to re-program the world according to their disingenuous application of 'Social Justice,'"writes Alexandra Bruce, Publisher of ForbiddenKnowledge in a recent blog.

Incidentally, Bruce was de-platformed from MailChimp this year for running a video that questioned the official explanation for 9/11.

"Social Justice," she continues, "is the friendly-sounding name for an insidious movement that seeks to raze the entire cultural legacy of the West by gradually destabilizing all norms of rationality and logic, according to academic, Michael Rectenwald, who suggests its ultimate purpose is to implement a global corporate technocratic superstate."

If justice prevails, however, Google's demise may reside in the 950 pages that Whistleblower Zach Vorhies, 39, turned over-- by summoning courage and conscience-- to the Department of Justice and Project Veritas.

The documents the former Google Senior Software Engineer legally amassed as an employee strongly affirm that Google is manipulating reality.

Understandably, a search engine that serves a plutocratic cartel and controls your mind is a lot to grapple with. Cognitive Dissonance may occur.

His insider perspective and software engineer noggin allows us to understand how the insanity unfolded from the inside out.

Things at Google, like at CNN and many other left-leaning places, started unraveling at a steady clip in 2016, following the election of President Trump. Google didn't like that 45 was in power and they were going to do something about it.

What they devised was incriminating enough to call in "a wellness check" on Vorhies to discredit him. This (d)evolved into streets shut down, a bomb squad, and choppers overhead. The three-hour showdown concluded with Zach deciding to make sure that he was outside in the public, you know, just in case, they were going to harm him.

So what information did Vorhies hold that was so threatening?

It's Google's "Machine Learning Fairness." A system that "helps us get from place to place, gives us suggestions … and even translate stuff."

"Let's say that you're doing an image search for a CEO and the results are mostly men that come back, even if this is an accurate representation of objective reality, it can still be classified as algorithmically unfair and justify intervention via product intervention."

Vorhies gives an example of search prediction results if, for instance, you type in "men are." Responses include, "men can have babies," "men can have periods." Listen to Zach's talk for more on this.

You see where it reads "report inappropriate predictions" on the far right. Let Google know that as resident psychic, they're not doing a very good job.

Vorhies also looked into what was being categorized as "fake news" and found that most of the time, these were bonafide news events.

Google now downranks real news and deems it fake, while boosting fake news as real. Huh? In other words, they're censoring the truth a la 1984.

It's a perfect case of Peripeteia.

Given the sick ties between big pharma and big tech, Google is now digitally assassinated those who stand for independent health and question Big Pharma or the Medical Mafia aka the Food And Drug Administration (FDA).

Big Tech along with corporate media [and Big Pharma] wants to "silence and financially disenfranchise anyone in their way (like me) and over 65 million Americans," adds Bruce.

For much more, watch as Vorhies illustrates how Google is manipulating searches, our minds, and our rights.

This presentation will blow your mind. And hopefully, galvanize your spirit to stand fearlessly for sovereignty and wellbeing. We will stand up! Covfefe.

Other articles on "technofascism": 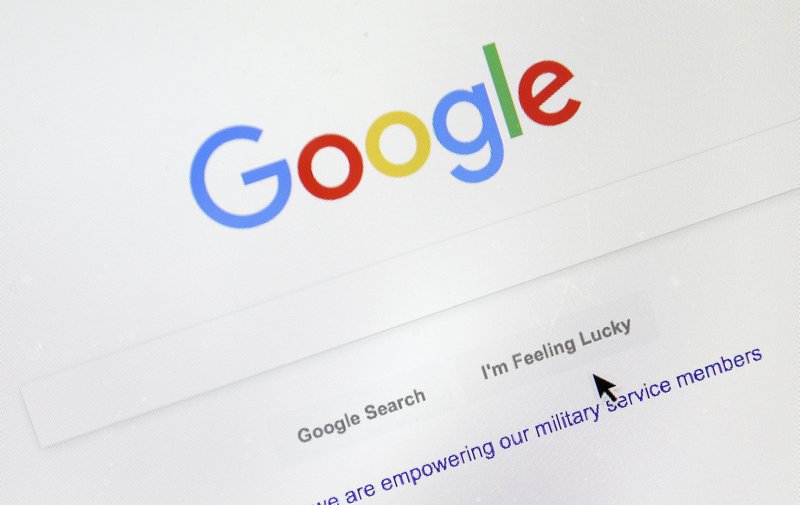 1 of 2
FILE - In this Aug. 28, 2018, file photo, a cursor moves over Google's search engine page, in Portland, Ore. Google is paying more attention to the small words in your searches. Google is rolling out the change to English language searches in the U.S. starting this week. (AP Photo/Don Ryan, File)

MOUNTAIN VIEW, California (AP) — Google is paying more attention to the small words in your searches. Want to figure out how to park on a hill with no curb? Google now takes that “no” into account, and shows top results that include parking instructions without curbs.

The company is rolling out the change to English language searches in the U.S. starting this week. Google said it expects the shift will give better results for every one in 10 searches.

Tweaking its massive search engine is nothing new for Google. The company makes regular changes to be more accurate and show more useful results. But this one is the biggest the company has released in at least five years, said Pandu Nayak, Google’s vice president of Search.

“It looks at the whole context of words to try to understand what’s going on,” he said.

The change is rooted in Google’s natural language processing research, which studies how to teach computers to understand the nuance of speech and communication. This newest update is based on a training technique called Bidirectional Encoder Representation from Transformers, or BERT.

The technique involves teaching the systems to better understand the order and context in which a word appears. Google trains the system by using a “fill-in-the-blank” practice, having the machines guess which word is missing in a sentence until it gets better at finding the right answer all the time.

Google has long focused on the keywords in your search term, but this method helps it take into account every word in the sentence in order to better understand meaning and, hopefully, show more relevant results first.

BERT brings more, better results, Nayak said the company has found through testing this year. But it’s not perfect, and the change means some results will miss the mark more than they do now.

So will you notice that Google understands your questions better? Well, maybe. Search has gotten much more nuanced since it first launched more than 20 years ago. But changes by themselves are subtle and impossible to detect.

“I think most ranking changes the average person does not notice other than hopefully feeling their searches are better,” Nayak said.