Tesla Inc. is under investigation by the Justice Department over public statements made by the company and Chief Executive Officer Elon Musk, according to two people familiar with the matter. The criminal probe is running alongside a previously reported civil inquiry by securities regulators.

Federal prosecutors opened a fraud investigation after Musk tweeted last month that he was contemplating taking Tesla private and had “funding secured” for the deal, said the people, who were granted anonymity to discuss a confidential criminal probe. The tweet initially sent the company’s shares higher.

The investigation by the U.S. attorney’s office in the Northern District of California follows a subpoena issued by the Securities and Exchange Commission seeking information from the maker of electric cars about Musk’s plans to go private, which he has since abandoned.

The criminal inquiry is in its early stages, one of the people familiar with the matter said. Justice Department probes, like the civil inquiries undertaken by the SEC, can take months. They sometimes end with prosecutors deciding against bringing an enforcement action.

Tesla didn’t have an immediate comment. Abraham Simmons, a spokesman for the U.S. attorney’s office in San Francisco, declined to comment.

SEC enforcement attorneys in the San Francisco office were already investigating Tesla before Musk sent his tweet on taking the company private, Bloomberg reported Aug. 9. The existing probe focuses on whether Tesla had issued misleading pronouncements on manufacturing goals and sales targets, according to two people familiar with the matter.

It’s unclear whether the criminal investigation is that broad. Prosecutors in securities-fraud investigations could seek evidence on matters including whether company leaders intentionally lied to investors about the health of the business.

Musk exposed himself to legal risk by tweeting Aug. 7 that he had the funding for a buyout even though that may not have been the case. Almost a week later, Musk said the basis for his statement was conversations with Saudi Arabia’s Public Investment Fund, which first expressed interest in helping take the company private in early 2017.

Tesla’s board then said that it hadn’t received a formal proposal from Musk, who’s also the company’s chairman, nor had it concluded whether going private would be advisable or feasible. Less than three weeks after his initial tweets, Musk abandoned the effort.

Now that Musk’s tweeting has attracted the Justice Department’s attention, investigators there could extend their review to other public statements made by the CEO about the company’s health, one of the people familiar with the matter said. Authorities could also look into the circumstances surrounding the resignation of Tesla’s Chief Accounting Officer, Dave Morton, after less than a month on the job, the person said.

Morton, a former chief financial officer for computer hard-drive maker Seagate Technology Plc, joined Tesla one day before Musk tweeted that he was considering buying out some investors at $420 a share and taking the company private.

— With assistance by Joel Rosenblatt, and Eric Newcomer

(Updates with share price.)
Have a confidential tip for our reporters?
GET IN TOUCH
Before it's here, it's on the Bloomberg Terminal.
LEARN MORE 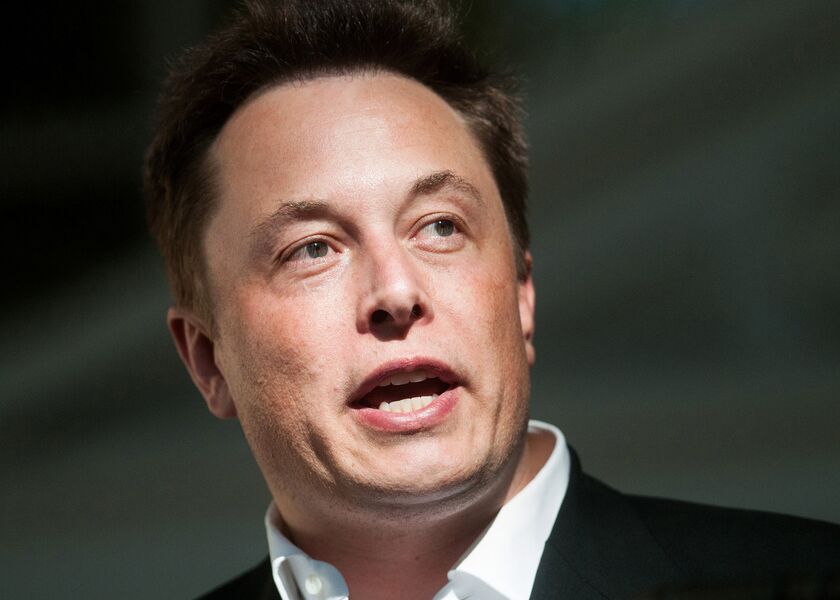