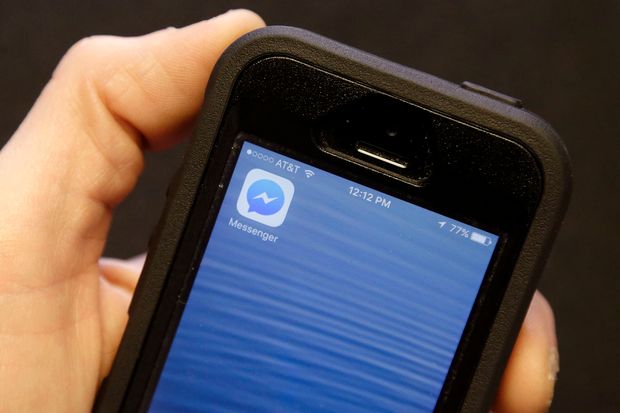 Facebook is trying to deepen user engagement after it said last month its growth is slowing, stunning investors. One tactic it is exploring is to get banks to work closely with Facebook Messenger. PHOTO: JEFF CHIU/ASSOCIATED PRESS
539 COMMENTS
By
Emily Glazer,
Deepa Seetharaman and
AnnaMaria Andriotis
Updated Aug. 6, 2018 1:50 p.m. ET

The social-media giant has asked large U.S. banks to share detailed financial information about their customers, including card transactions and checking-account balances, as part of an effort to offer new services to users.

Facebook increasingly wants to be a platform where people buy and sell goods and services, besides connecting with friends. The company over the past year asked JPMorgan Chase JPM +0.00% & Co., Wells Fargo WFC +0.10% & Co., Citigroup Inc. C -0.01% and U.S. Bancorp to discuss potential offerings it could host for bank customers on Facebook Messenger, said people familiar with the matter.

Facebook has talked about a feature that would show its users their checking-account balances, the people said. It has also pitched fraud alerts, some of the people said.

Data privacy is a sticking point in the banks’ conversations with Facebook, according to people familiar with the matter. The talks are taking place as Facebook faces several investigations over its ties to political analytics firm Cambridge Analytica, which accessed data on as many 87 million Facebook users without their consent.

One large U.S. bank pulled away from talks due to privacy concerns, some of the people said.

Facebook has told banks that the additional customer information could be used to offer services that might entice users to spend more time on Messenger, a person familiar with the discussions said. The company is trying to deepen user engagement: Investors shaved more than $120 billion from its market value in one day last month after it said its growth is starting to slow.

Facebook said it wouldn’t use the bank data for ad-targeting purposes or share it with third parties. 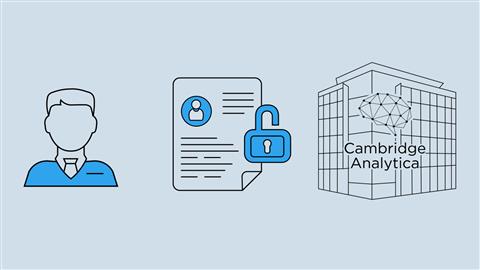 Facebook shares climbed sharply on the news, up 3.5% around midday, marking the biggest gain since last month’s historic drop.

Banks face pressure to build relationships with big online platforms, which reach billions of users and drive a growing share of commerce. They also are trying to reach more users digitally. Many struggle to gain traction in mobile payments.

Yet banks are hesitant to hand too much control to third-party platforms such as Facebook. They prefer to keep customers on their own websites and apps.

As part of the proposed deals, Facebook asked banks for information about where its users are shopping with their debit and credit cards outside of purchases they make using Facebook Messenger, the people said. Messenger has some 1.3 billion monthly active users, Chief Operating Officer Sheryl Sandberg said on the company’s second-quarter earnings call last month.

Alphabet Inc.’s Google and Amazon.com Inc. also have asked banks to share data if they join with them, in order to provide basic banking services on applications such as Google Assistant and Alexa, according to people familiar with the conversations.

“Like many online companies, we routinely talk to financial institutions about how we can improve people’s commerce experiences, like enabling better customer service,” Ms. Diana said. “An essential part of these efforts is keeping people’s information safe and secure.”

Facebook has taken a harder public line on privacy since the Cambridge Analytica uproar. A product privacy team has announced new features such as “clear history,” which would allow users to prevent the service from collecting their off-Facebook browsing details. It also is making efforts to alert users to its privacy settings.

That hasn’t assuaged concerns about Facebook’s privacy practices. Bank executives are worried about the breadth of information being sought, even if it means not being available on certain platforms that their customers use. Bank customers would need to opt-in to the proposed Facebook services, the company said in a statement Monday.

JPMorgan isn’t “sharing our customers’ off-platform transaction data with these platforms, and have had to say no to some things as a result,” said spokeswoman Trish Wexler.

Banks view mobile commerce as one of their biggest opportunities, but are still running behind technology firms such as PayPal Holdings Inc. PYPL +0.60% and Square Inc. Customers have moved slowly, too; many Americans still prefer using their cards, along with cash and checks.

In an effort to compete with PayPal’s Venmo, a group of large banks last year connected their smartphone apps to money-transfer network Zelle. Results are mixed so far: While usage has risen, many banks still aren’t on the platform.

In recent years, Facebook has tried to transform Messenger into a hub for customer service and commerce, in keeping with a broader trend among mobile messaging services.

—Douglas MacMillan and Laura Stevens contributed to this article.

Write to Emily Glazer at emily.glazer@wsj.com, Deepa Seetharaman at Deepa.Seetharaman@wsj.com and AnnaMaria Andriotis at annamaria.andriotis@wsj.com

What Could Go Wrong? > Facebook in Talks with Banks to add Financial Information to Messenger / Mass Exodus of FB Coming? (archive.fo)