A Silicon Valley pastor has resigned from his church after calling the city of Palo Alto an “elitist shit den of hate” and criticizing the hypocrisy of “social justice” activism in the region.

Gregory Stevens confirmed on Monday that he had stepped down from the First Baptist church of Palo Alto, an LGBT-inclusive congregation, after his personal tweets calling out the contradictions of wealthy liberals in northern California surfaced at a recent council hearing.

In emails to the Guardian, the 28-year-old minister detailed his “exasperation” with Palo Alto, a city in the heart of the technology industry, surrounded by severe income inequality and poverty.

“I believe Palo Alto is a ghetto of wealth, power, and elitist liberalism by proxy, meaning that many community members claim to want to fight for social justice issues, but that desire doesn’t translate into action,” Stevens wrote, lamenting that it was impossible for low-income people to live in the city. “The insane wealth inequality and the ignorance toward actual social justice is absolutely terrifying.” 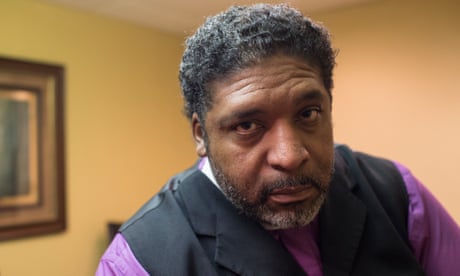 'Jesus never charged a leper a co-pay': the rise of the religious left

He later added: “The tech industry is motivated by endless profit, elite status, rampant greed, and the myth that their technologies are somehow always improving the world.”

Local headlines about Stevens, who has faced intense backlash from residents and city leaders, labeled his tweets “nasty”, “vile”, “unsavory” and “unholy”, highlighting posts in which he called Palo Alto “disgusting” and said: “I hate ‘social justice’ in Palo Alto. What a fucking joke.”

Local critics had surfaced Stevens’ tweets while opposing an effort by the church to get permits to allow new community activities in the space. His old tweets were geared to “small group of progressive ministers and Leftist political activists”, he said, adding that he had vented his frustrations in “an unprofessional and often hurtful way” and was resigning to “minimize the negativity” facing the church.

But, he later added, “I think rage and anger toward oppression and injustice is a Biblical calling on our lives.”

The underlying messages to Stevens’ tweets, however, touched on continuing tension in Silicon Valley, where some of the world’s wealthiest companies and entrepreneurs have pledged to better the world through innovations, yet working-class families and poor residents struggle to afford the most basic necessities. The region has one of the worst homelessness crises in the country and a huge shortage of affordable housing, forcing tens of thousands of low-income workers to commute more than 50 miles to work.

Sign up for Guardian Today US edition: the day's must-reads sent directly to you

Stevens, who is queer and has lived in Palo Alto for nearly three years, noted that his church was located in one of the richest neighborhoods in the city, with houses worth anywhere from $5m to $15m.

“Jesus was a homeless Jew who said it was harder for a rich man to enter the Kingdom of Heaven than for a camel to get through the eye of a needle,” he wrote, adding: “It is very difficult to do Christian ministry, a ministry that calls us to fight with and for the poor and marginalized among us, in the midst of an enclave of wealth and power.”

He argued that the church’s rich neighbors could afford to “feed and house” all the homeless people in Palo Alto and surrounding cities, but instead focused on passing laws that further criminalized this population, encouraging police to harass those sleeping outside or in cars. The city had also made it hard for the church to provide meals for the homeless by requiring costly permits, he said.

In his email to the Guardian, Stevens was also outspoken about the harms of the tech sector, accusing Facebook of “completely destroying (through rapid gentrification) the historical black and brown East Palo Alto neighborhood”, which is adjacent to the tech company’s Menlo Park headquarters and not far from his church.

“The working class does not benefit from these ‘advances’, but cook, clean, and baby sit rich babies before heading off to home on long hours of public transit.”

Stevens said he was originally drawn to the church because of its “progressive Baptist theology”, noting historical Baptist figures such as Nat Turner, who led a slave revolt, and Martin Luther King Jr. He said he was also inspired by the local pastor, a gay man who had fought for years to be ordained.

But Palo Alto, he said, “wanted nothing to do with actual justice and was more interested in guarding their enclave of power and wealth”, adding: “If the wealth inequalities are not addressed, any talk about climate change, homelessness, and migrant rights is in vain.”