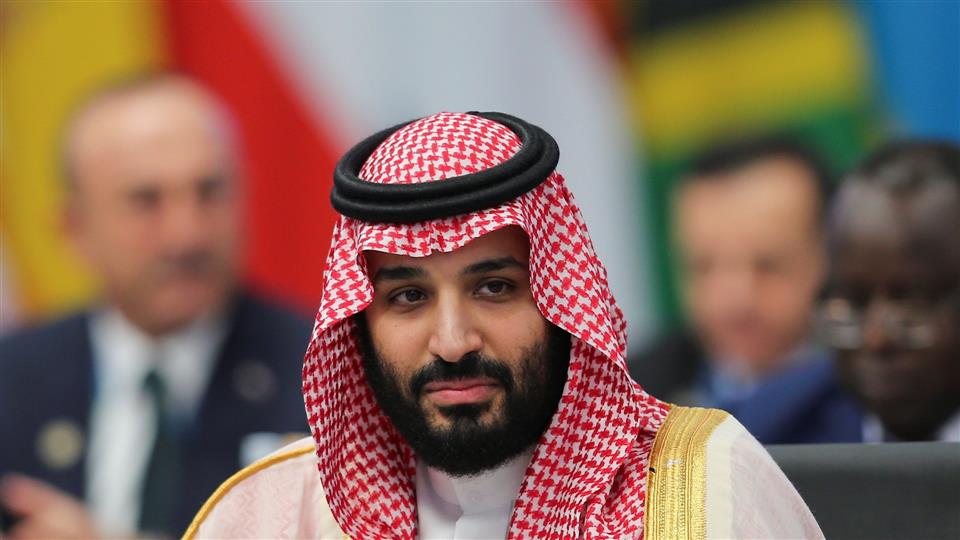 WASHINGTON—Saudi Crown Prince Mohammed bin Salman sent at least 11 messages to his closest adviser, who oversaw the team that killed journalist Jamal Khashoggi, in the hours before and after the journalist’s death in October, according to a highly classified CIA assessment.

The Saudi leader also in August 2017 had told associates that if his efforts to persuade Mr. Khashoggi to return to Saudi Arabia weren’t successful, “we could possibly lure him outside Saudi Arabia and make arrangements,” according to the assessment, a communication that it states “seems to foreshadow the Saudi operation launched against Khashoggi.”

Mr. Khashoggi, a critic of the kingdom’s leadership who lived in Virginia and wrote columns for the Washington Post, was killed by Saudi operatives on Oct. 2 shortly after entering the Saudi consulate in Istanbul, where he sought papers needed to marry his Turkish fiancée.

Excerpts of the Central Intelligence Agency’s assessment, which cites electronic intercepts and other clandestine information, were reviewed by The Wall Street Journal.

The CIA last month concluded that Prince Mohammed had likely ordered Mr. Khashoggi’s killing, and President Trump and leaders in Congress were briefed on intelligence gathered by the spy agency. Mr. Trump afterward questioned the CIA’s conclusion about the prince, saying “maybe he did; and maybe he didn’t.”

The previously unreported excerpts reviewed by the Journal state that the CIA has “medium-to-high confidence” that Prince Mohammed “personally targeted” Khashoggi and “probably ordered his death.” It added: “To be clear, we lack direct reporting of the Crown Prince issuing a kill order.”

The electronic messages sent by Prince Mohammed were to Saud al-Qahtani, according to the CIA. Mr. Qahtani supervised the 15-man team that killed Mr. Khashoggi and, during the same period, was also in direct communication with the team’s leader in Istanbul, the assessment says. The content of the messages between Prince Mohammed and Mr. Qahtani isn’t known, the document says. It doesn’t say in what form the messages were sent.

It is unclear from the excerpts whether the 2017 comments regarding luring Mr. Khashoggi to a third country cited in the assessment are from Prince Mohammed directly, or from someone else describing his remarks.

Saudi Arabia has acknowledged Mr. Khashoggi was murdered in the consulate. But it has denied Prince Mohammed had any role and blamed the operation on rogue operatives. The Saudi Public Prosecutor’s office last month announced charges against 11 Saudis in connection with Mr. Khashoggi’s death, saying it would seek the death penalty in five cases. The office didn't release their names.

The U.S. Treasury Department in mid-November slapped sanctions on 17 Saudis whom it linked to the killing. But Mr. Trump, in a statement days later, said he intended to maintain strong relations with the crown prince because of Saudi Arabia’s opposition to Iran, its investments in the U.S. and its role in the oil market.

The Trump administration’s posture has angered many in Congress, and the intercepts and intelligence gathered by the CIA may complicate Mr. Trump’s efforts to maintain relations with Prince Mohammed, the de facto leader one of the world’s biggest oil producers. The two are among the world’s leaders meeting this weekend in Buenos Aires for a summit of Group of 20 nations.

Earlier this week, the Senate voted to begin consideration of a resolution to withdraw U.S. support for a Saudi-led military coalition fighting against Houthi rebels in Yemen, with senators venting their frustration over Mr. Trump’s reluctance to hold Prince Mohammed responsible for Mr. Khashoggi’s death. 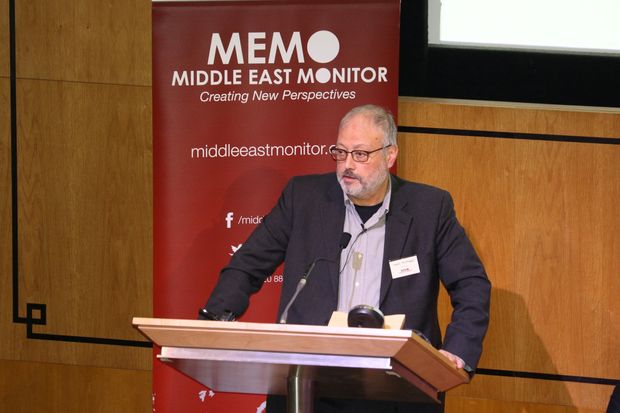 Saudi journalist Jamal Khashoggi, seen here in London on Sept. 29, days before he was killed at the Saudi consulate in Istanbul. Photo: Middle East Monitor/Reuters

Secretary of State Mike Pompeo, who met with senators Wednesday to try to forestall the resolution, has said that he had read every piece of U.S. intelligence regarding Mr. Khashoggi’s killing and that the agency didn’t find a so-called smoking gun. “There is no direct reporting connecting the crown prince to the order to murder Jamal Khashoggi,” Mr. Pompeo told reporters.

The judgment on Prince Mohammed’s likely culpability, the CIA assessment says, is based on the crown prince’s personal focus on Mr. Khashoggi, his tight control over the Saudi operatives sent to Istanbul to kill him, “and his authorizing some of the same operators to violently target other opponents.”

Mr. Qahtani has led Prince Mohammed’s efforts to crack down on dissent internally and abroad. He is one of the 17 sanctioned by the Treasury.

After this article’s initial publication online, a Saudi official, responding to an earlier request for comment to the Saudi Embassy in Washington, said, “HRH the Crown Prince communicates regularly with various senior officials within the Royal Court on different matters. At no time did HRH correspond with any Saudi officials in any government entity on harming Jamal Khashoggi, a Saudi citizen. We continue to categorically reject any accusations based on speculations.”

A CIA spokesman declined to comment on the report. A White House official said Friday the White House doesn’t comment on intelligence matters. Mr. Qahtani didn’t respond to a request for comment.

The highly classified CIA assessment says that the Saudi team sent to kill Mr. Khashoggi was assembled from Prince Mohammed’s top security units in the Royal Guard and in an organization run by Mr. Qahtani, the Center for Studies and Media Affairs at the Royal Court, the Saudi royal court’s media department.

“We assess it is highly unlikely this team of operators…carried out the operation without Muhammed bin Salman’s authorization,” it says.

Mr. Qahtani was fired by King Salman, the crown prince’s father, in the aftermath of the murder. But Mr. Qahtani informally continued some of his former functions as royal-court adviser, such as issuing directives to local journalists and brokering meetings for the crown prince, according to people familiar with the matter.

A U.S. official said that the U.S. government has recently developed information that under Mr. Qahtani, personnel from the Center for Studies and Media Affairs have for two years engaged in the kidnapping—sometimes overseas—and detention and harsh interrogation of Saudis whom the monarchy perceives as a threat. The interrogations have led to repeated physical harm to the detainees, the official said.

The CIA assessment said that since 2015 Prince Salman “has ordered Qahtani and CSMARC to target his opponents domestically and abroad, sometimes violently.”

Five employees of the center were involved in the Khashoggi operation, the assessment says. All five were also involved in abusive treatment of prominent Saudis detained at Riyadh’s Ritz-Carlton hotel in the fall of 2017 as part of what the Saudi government described as an anticorruption drive, it says.

—Margherita Stancati in Beirut contributed to this article.