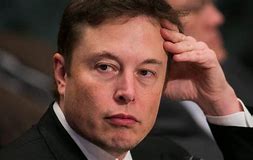 It seems that widespread suspicions that Tesla CEO Elon Musk resorted to cutting corners in his pursuit of ramping up Model 3 production to meet his lofty production targets may be valid.

Martin Tripp - the former Tesla engineer who on June 20 was sued by Tesla for trying to "sabotage" the company - is alleging several egregious safety violations that, if true, could destroy what remains of Musk's tattered credibility.

In an email sent by Meissner Associates, a law firm which has represented whistleblowers to the SEC and which was retained by the whistleblower,  Tripp alleged that Tesla made misstatements to investors about placing batteries with holes punctured in them into vehicles to help pad out its Model 3 production numbers in pursuit of Musk's goal of producing 5,000 Model 3s a week.

He also alleged that Tesla placed battery cells too close together and didn't properly secure them, raising the risk of future combustion, and that the company "systematically" reused parts that had been deemed to be scrap or waste.

Tripp's claims remind us of some inconsistencies highlighted by Vertical Group's Gordon Johnson, who pointed out that some of the supposedly "finished" cars had been labeled "factory gated", meaning they still required additional testing and quality inspections.

So far Tesla shares appear unaffected by the report.

The car stuff can wait it seems.

Or does Elon have so much bandwidth he can micro manage every aspect of his corporate decline?

I think we all knew Tesla production numbers are inflated.

But it's nice to hear it from an insider.

This will certainly go down in history as one of the biggest taxpayer and investor thefts of all time.

To keep the production fraud going, Musk should’ve bought a bunch of counterfeit Teslas on Alibaba.   ;-)

The intrinsic value of Tesla:

For TESLA it's DEATH by propaganda, somewhat

different than the way they went about it with the TITANIC.

In reply to The intrinsic value of Tesla…by Four Star

I just don't see how anyone would want to own one of these with the limitations and risks associated with them.

You can't go all that far and there's always the risk that an accident would render you the same as fried chicken, crispy.

These risks are far less with other options for fuel, despite gas / diesel being a combustible.

In reply to   For TESLA it's DEATH by…by powow

Read some of the comments under any Tesla You Tube video and you'll know why people want these rolling death trains. Elon's changing the world. Elon is saving the environment. Once I buy my Tesla I will never have any maintainance expense. Yeah I've had to have things fixed for thousands but it's the same for every other car that sells for 50 grand. This is a car that you will be able to hand down to your grandkids (meaning it will last forever) and other such delusional statements. Every justification you can think of for people to pay 50 grand they don't have for a car to make their pathetic lives seem worthwhile. One guy has his own Tesla channel and scrimped for a down payment on his three for which he will be paying $1000 a month, including insurance, for 6 years. Another guy has two Tesla's, an S and a 3, and gets "free" electricity from the solar he just put in. Notice he doesn't count the cost of his solar install in figuring his free fuel. His 3 is full of bugs but that's OK cuz they they know Elon is going to fix them.

In reply to I just don't see how anyone…by glenlloyd

The media is unusually on high gear attacking Tesla and Musk. A negative Tesla article is published on ZH almost every other day now. I wonder if there are bigger entities wanting Tesla to fail.

They did it to Tucker, they did it to "Dutch" Darrin, they are doing it to Musk.  Build semi bespoke cars in a small shop no problem, start building thousands of cars, you end up needing to hire people off the street, the kind of people who might already be on the payroll elsewhere ...  Willing to bet some of Tesla's troubles are espionage.  That still doesn't mean he's not a snake oil sales man.

Reason #1 for buying a Tesla has always been to lure leftist sluts (of both sexes) into fucking the owner.

Also consider: Once Tesla goes belly up (soon, I'm guessing) there will be no parts, no service, no upgrades, no software support. All owners will have is a big auto loan to pay off and a giant paperweight to show for it.

In reply to I just don't see how anyone…by glenlloyd

That's a good idea...he should buy up used Teslas, refurbish them and resell them as new...quicker, cheaper

The problem is used Teslas are usually broken down and they can't repair them so it's cheaper to crush  them and start over again.

That is hilariously stupid.  There are very few moving parts to an electric car.  It’s mostly wires, software, wheels, tires, chassis and a battery. All repairable.

Compare that to an ICE.  For example, my awesome old late model RX7.  Beautiful fast great handling car. I can’t even find a mechanic who has SEEN a rotary engine.  They are all dying off.

Bigger that Obama even?!?

Bigger than government taking 3/4ths of what you earn? ... every single month?

No, Government Motors holds the prize for ripping off the taxpayers to the tune of billions of dollars. Hard to top that.

I think we are seeing more and more the calling card of a sociopath / psychopath. Not surprising to us here, but to the wider population. Again, as with several other examples - simple honesty would have been smarter, yet the guy lies through his teeth. Hilary Clinton syndrome. A pathological need to lie even when it will work out badly for you.