By Ross Ibbetson For Mailonline

At the height of the Cold War an intelligence chief was given a mission to have the Mafia assassinate Fidel Castro, a new book reveals.

Handsome Johnny Roselli was the mobster in charge of running the Mafia's casinos in Las Vegas and Havana.

But in 1959, after his ascendancy in the revolution, Fidel Castro called an end to gambling on the island.

This infuriated the Chicago Mafia heads Roselli and Sam Giancana and according to the new book 'Handsome Johnny' by Lee Server, the CIA exploited their common enemy and attempted to have him 'whacked.' 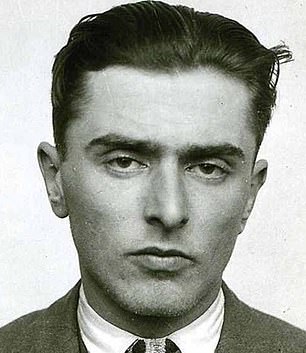 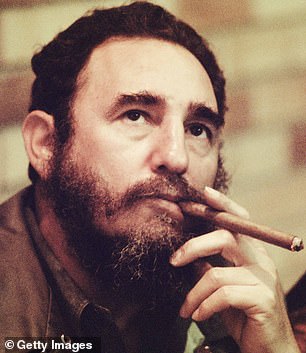 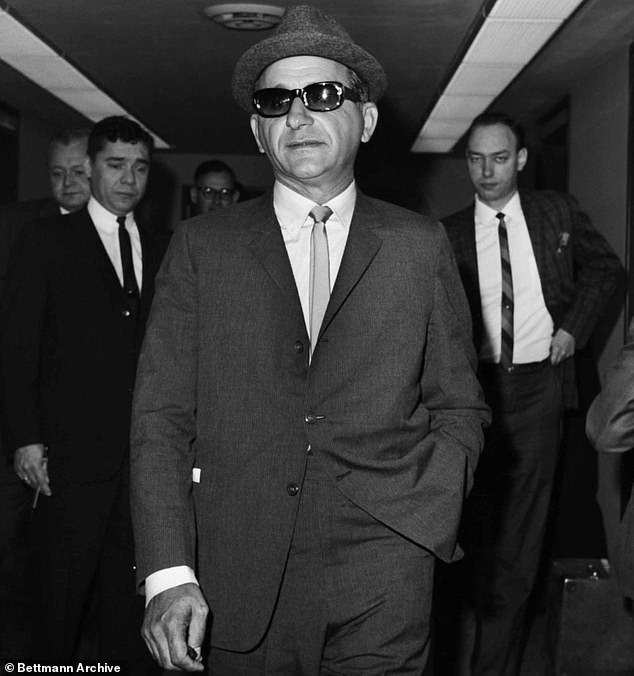 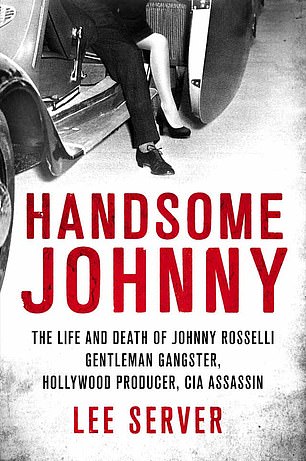 Lee Server's new book 'Handsome Johnny' reveals the details of Johnny Roselli's life; born in Rome, he was a proud American who served in WWII

Roselli was a high-ranking officer from Al Capone's Chicago Outfit who also worked in Hollywood, according to The New York Post.

An FBI and CIA man called Robert Maheu was enlisted to approach the Chicago Outfit who leapt at the opportunity, the new book reveals.

Not only were they keen to take out Castro, but they believed they were doing the government a favor for which they would forever be indebted to the Mafia.

Server writes that Roselli turned down $150,000 in blood money, saying he would have Castro killed out of patriotism - he was a WWII veteran.

He outlines how the CIA and Mafia heads met in Miami to finalize the details.

One of the CIA men suggested a gangland bloodbath with guns blazing, according to the book, while the Mafia preferred poison or a sniper.

The CIA said they could source poison, while the Mafia would provide the delivery system - a killer.

But while the Mafia were searching for their hitman, JFK was being sworn in as President in 1961.

Despite Giancana receiving assurances from Frank Sinatra on the golf course that JFK would be an ally, Server writes, he quickly appointed his brother Robert his attorney general. 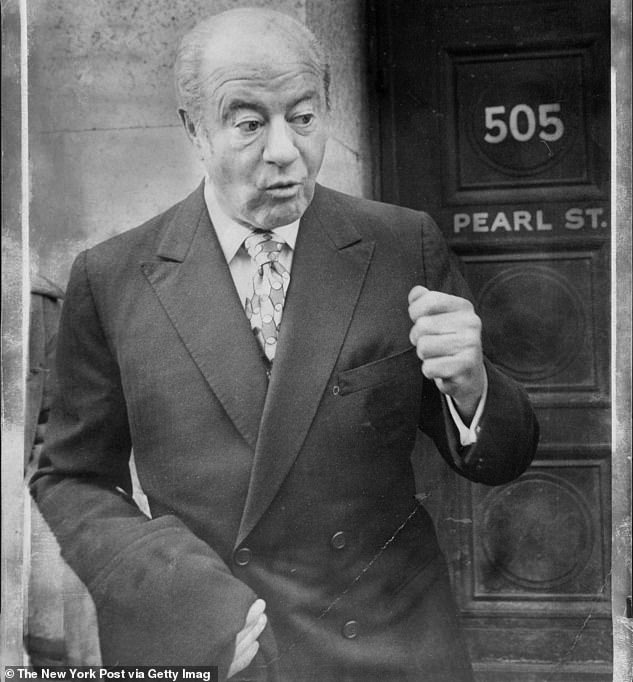 Robert Maheu who worked for the CIA and FBI; according to Server's book he approached the Mafia to organize a plot to kill Cuban dictator Fidel Castro

The Mafia were incensed as Bobby had established a reputation as a ruthless opponent who vowed to crush them.

But flaring tensions between Cuba and the US meant the mission was still on and Server tells of the CIA delivering a newly developed poison to Roselli.

Roselli then handed it to his delivery man, who was to take it to an inside man in Cuba who would have it put into Castro's drink.

Castro fell ill a few days later, but Server says this was either coincidence or the poison failed because the dictator was soon well again.

Soon afterwards, the New York Post say that the Bay of Pigs invasion in April 1961 called an end to the assassination plot.

Giancana was found dead in 1975 with bullets riddling his corpse, according to the paper, while Roselli was discovered a year later hacked up in a steel drum on a Florida beach.